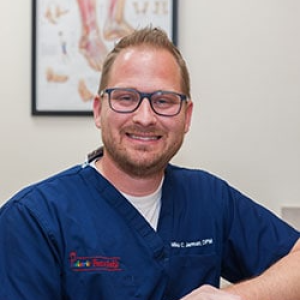 Stages of A Child’s Foot Development

People say, “children grow so fast,” and for a good reason: They do!

When you think about child milestones, there are probably several that come to mind, such as first steps, first word, and the first day of school. Child development experts consider rolling, crawling, walking, and talking to each be important milestones for motor functions.

From a cognitive perspective—and extending a bit further into childhood than beyond the first couple of years psychologists consider there to be four key stages (sensorimotor, preoperational, concrete operational, and formal operational).

Another set of milestones many parents are interested in knowing about are ones based on how a child’s lower limbs grow. With that in mind, here is a guideline of when you can see various points of lower limb development and newfound abilities:

At this point, they are ready to stand alone and take those first few unaided steps that make parents so proud.

The next few months can be rather heart-in-throat times for parents as their toddler careens around from one thing to the next, falling frequently. They will also start climbing on things, take running steps, and pull things behind them (not looking where they are going!). It’s an important stage in becoming independent, and a fun one, too.

Your two-year-old will soon be able to run, kick a ball, stand on tiptoes, climb on and off furniture, and walk up and down stairs holding on.

That’s a long way from that little helpless newborn with the thin little legs and floppy feet you welcomed into your home two years ago!

One area of foot development we’re asked about frequently is a matter of foot arches, and we need to start by saying that they aren’t typically present when a child is born.

For the parents who expect to see foot arches right away, the explanation is simply that infantile arches are obscured under normal pads of fat in the area. Additionally, arches don’t even really begin development until as late as three years of age.

Once a child is in the age range of 3 to 8 years, arches still might not be seen when a child is standing or otherwise placing body weight on his or her feet. This is also not usually a cause for concern because arches do not completely develop until around age 8.

During this time, arches that only become visible when a child stands on tiptoe or is sitting with his or her legs dangling is a condition we call “flexible flatfoot.”

With regards to foot growth, this is what you can likely expect:

Of course, it’s important to keep in mind that all of these child development stages are somewhat flexible, as each child is different and grows in their own way.

Now, when it comes to child foot development and structure, there are a couple of conditions and situations often seen in young feet. Frequently, these matters can be worrisome or concerning for parents, and they include things such as:

Depending on the nature of the case, sometimes it’s simply best to monitor the situation. In the event you are unable to help your child find relief from painful symptoms with at-home care (rest, ice, OTC medications, etc.) or there is severe pain, contact our office at the earliest possible opportunity.

We have professional treatment options that can help your child find relief and get back to favorite activities at the earliest opportunity.

Some other common problems we see in children’s lower limbs—ones that are not caused by structural or developmental issues—include:

While these various conditions and their respective treatments are different, they do share some common signs that show parents there’s a problem to be resolved. These include things like:

Checking with your child—and observing his or her feet, ankles, and legs—goes a long way towards catching problems at their earliest, most treatable stages. And this means it’s important you do your best to stay vigilant in this area.

For more information on child foot care, or to request an appointment with our Gilbert, AZ office (in case your son or daughter is suffering from a lower limb problem), simply contact Pediatric Foot & Ankle today by calling (480) 497-3946, or contact us.

The content on this website if for informational purposes only and is not intended to be a substitute for professional medical advice, diagnosis, or treatment.